Leonardo is one of our “out of the pod” riders in the seedling divisions.  This means that he is actively competing, moving out of the preparation stages into a full fledged junior rider. 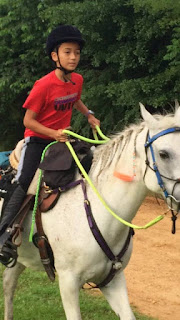 He has already completed his first 25 mile LD of the season on a borrowed eight-year-old Arabian named Azul at Pow Wow.    He topped off the day by crewing for other 50 mile riders, and then next day volunteered for the ride manager checking riders in, trotting horses out, and being an overall good ride-camp Samaritan.   Green Bean wants to thank Leonardo for his volunteerism, and congratulate him on completing his first LD of the season! 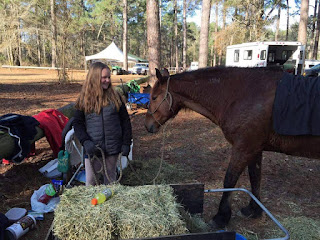 Maddie Rogers also in the Seedling division was crewing for her Mom at Pow Wow in Georgia.  Thanks Maddie!